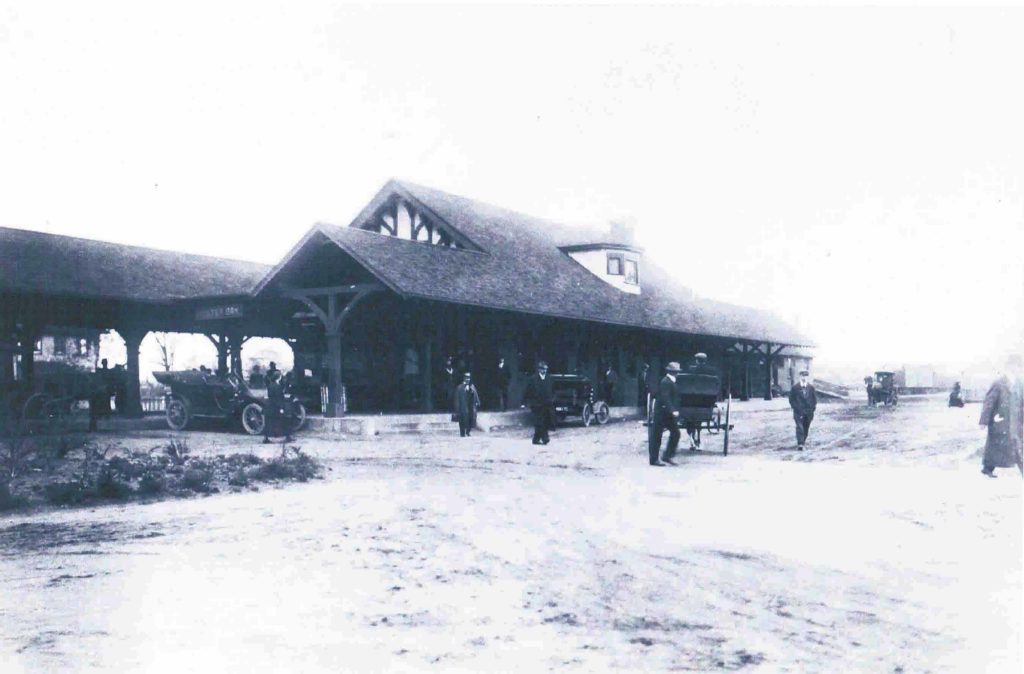 The Oyster Bay Railroad Museum has been awarded a $100,000 grant from the Robert Lion David Gardiner Foundation to support the restoration of the historic landmark railroad station.
This project brings another venue to the period circa 1902, when Theodore Roosevelt was president. It was a time when he traveled to and from his home at Sagamore Hill, Oyster Bay, to New York City, Washington D.C. and beyond by train. When completed, the station will become the permanent home of the Museum, a venue which will facilitate the fundamental mission, which is to inspire and educate students and others through the exploration of interactive and static displays, exhibits and artifacts, in an historic learning environment.
“Oyster Bay Railroad Museum will be a key site for all those interested in experiencing Teddy Roosevelt’s days on Long Island,” Kathryn M. Curran, executive director of the Robert David Lion Gardiner Foundation said. “At the entrance to Theodore Roosevelt Memorial Park, this museum will add another layer to the president’s story which includes Sagamore Hill, The Theodore Roosevelt Sanctuary and Audubon Center and the president’s final resting place at Young’s Memorial Cemetery.”
Established in 1937, the Robert David Lion Gardiner Foundation primarily supports the study of New York State history. Robert David Lion Gardiner was, until his death in August 2004, the 15th Lord of the Manor of Gardiner’s Island. The Gardiner family and their descendants have owned Gardiner’s Island since 1539, obtained as part of a royal grant from King Charles of England. The Foundation is inspired by Robert David Lion Gardiner’s personal passion for New York’s history. For more information regarding the Foundation, visit www.rdlgfounda
tion.org.
The Oyster Bay Railroad Museum is a nonprofit organization, fully accredited with the New York State Education Department. Visit the Museum at www.obrm.org.