When attendees sit down to experience the Massapequa Philharmonic Orchestra (MPO) present Out of This World, music director David Bernard hopes that this multi-media event will appeal to both lovers of music and science. All the more so given the fact that he’ll be teaming up with renowned astrophysicist Dr. Jackie Faherty, who will be providing commentary and presenting the astronomical side of the equation by using imagery from NASA and the Hubble Space Telescope.
“It’s one of these things that’s a combination of so many different things. It’s a concert, but it’s also a discussion with a noted astrophysicist about the solar system. It brings such an opportunity to Long Islanders of all ages to not only be drawn into the evocative and incredible music of Gustav Holst, but in addition to that—to be able to use that as a gateway into science and it actually also works the other way around as well,” Bernard said. “Science can be a gateway into the music—it’s beautiful the way that is. Just to be clear, this is more than just playing music to pictures. When you see this, there are some orchestras that play ‘The Planets’ to make things a little bit more engaging. This is much more than that.”
This unique event brings together a scientific exploration of our solar system with a performance of Holst’s most popular symphonic work. Each movement of the suite is named after a planet and its corresponding astrological character as defined by Holst, with each celestial body displaying its true self clearly through the music. Faherty is a senior scientist and senior education manager in the department of education at the American Museum of Natural History and the Hayden Planetarium. And while Bernard has worked with her on Out of This World for a couple of years and actually performed it at the planetarium, the upcoming Feb. 16 performance at the Madison Theatre at Molloy College will serve as this event’s Long Island debut. A Great Neck native, the Juilliard-trained Bernard sees this as chance to open minds and touch hearts.
“I shudder to call it just a concert, a presentation or class. It’s just so much more than that. It’s so purposely curated, planned and designed to maximize the audience’s takeaway and impact on it. Just to make it clear what this is, it’s a beautiful synergy between the arts and science,” he said. “Sometimes, people that didn’t even know they liked classical music may come out loving classical music. Or people that didn’t really understand what astronomy meant to them might come out and want to become more involved in that. And the other interesting thing about this is that Gustav Holst, was both inspired by the composers that came before him and also inspired composers that came after him, especially John Williams. So you can hear a lot of Star Wars and Harry Potter in this thing. It’s very interesting, especially Star Wars.”
The MPO numbers between 85 to 90 pieces, and includes a number of exotic instruments including a celesta (a keyboard glockenspiel), a bass oboe, an alto flute and a contra bassoon, along with layering of sections including four sets of woodwinds, double of what is normally used in a typical Beethoven orchestra. Also helping expand the sound will be the Treble Chorus of the Metropolitan Youth Orchestra. For Bernard, who has been the MPO’s musical director since 2016, this kind of musical might is necessary to elevate this particular event.
“To convey that sweeping sound and the changes in color, you need to have a large orchestra with diverse instruments,” he explained. “So that gives us a chance to have people experience Holst via a much more expanded palate, which is important. And it’s not just with the large orchestra and the diverse instruments, but with Dr. Faherty, her commentary and images. This is truly a concert for all ages. Adults and children will come away with a greater appreciation of both the science of the solar system and the music of composer Gustav Holst. It’s an amazing opportunity, which is why I hope people know about it and we can get the word out for people to come out and experience this.”
The Massapequa Philharmonic Orchestra and Music Director David Bernard will be presenting the multi-media event Out of This World on Feb. 16 at 3 p.m. at the Madison Theatre at Molloy College, 1000 Hempstead Ave., Rockville Centre. For more information. visit bit.ly/OutOfThisWorldMPO or call 516-323-4444. 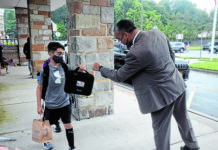 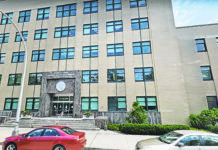 End Of Pandemic Aid Could Cause Problems For Unemployed 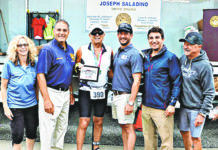 End Of Pandemic Aid Could Cause Problems For Unemployed

Hofstra Alums Are ‘Bigs’ For The ‘Littles’