He made it to the final five on CBS’ Survivor: Island of the Idols by focusing on building relationships with others rather than winning competitions. And now, Floral Park-Bellerose Elementary School fourth-grade teacher and Bayville native Tommy Sheehan was officially crowned winner during the show’s finale last month.

“It feels so incredible to not only have played Survivor, but to win,” Sheehan said. “I have watched this show since the very start. My family and I would sit around every single week and watch together. Ever since I was little I dreamt of playing this game. Most of my friends would dream about playing in the NBA or the NFL, but I had the dream of playing Survivor.”

In the finale, Sheehan had to turn against two of his allies, Lauren Beck and Janet Carbin, since he knew that they would be hard to beat in the end. He was able to convince the jury that he played a better game than fellow contestants, Dean Kowalski and Noura Salman, despite not having the accolades the other two built by winning physical challenges and collecting hidden advantages.

“The best part of winning was seeing how proud I made so many people,” Sheehan said. “I received a ton of fan-mail and messages that told me I inspired people to go after their dreams. This truly made this whole experience worthwhile. I am very thankful for this opportunity that CBS gave me.”

Not only did Sheehan win the entire competition, but he also walked away with $1 million.

“Winning the money was just a bonus for me,” he said. “I am so competitive and I really wanted to win to be named the sole survivor and champion. However, I will never complain about getting the million dollars. I have to pay off student loans, have a wedding to pay for and then I want to help my sister out also.”

Sheehan has been a fan of Survivor since he was about 7 years old, and remembers his parents telling him that it was the one night that he could stay up until 9 p.m.

“That was half the reason why I loved watching the show because I got to stay up a little later,” said Sheehan. “Ever since I was 7 years old, I’ve always said that I want to play that show and I want to win. So last year, my mom was at the dinner table and was like, ‘Tommy, why don’t you apply for Survivor? You’d be so good at it.’”

Following his mother’s advice, Sheehan put in his application and didn’t think anything of it. However, producers called him that day and flew him out to the final auditions where he got the show on his first try.
“Going into the game, I always wanted to downplay everything,” explained Sheehan. “I didn’t want to be the captain of the team because usually, they end up going home early. I didn’t want to be the best challenge player because I didn’t want to be a beast in the challenges and then, I’m a threat. I just wanted to make sure that I can have one-on-one conversations with everyone. I wanted to build real connections with everybody because I feel like it’s harder to vote out somebody you truly do like and bond with. I wanted to get in-depth with people about who they are and they’re struggles. I just wanted to find that bond with each and every one of them.”
According to Sheehan, the hardest part of surviving on the island was the rain and the cold temperatures at night.

“I didn’t think the rain was going to be so bad,” remembered Sheehan. “I think it was our first day out there. We were so cold. When you think Fiji, you think 100 degrees, but at night, it drops down to 50 degrees and when it’s pouring rain, you just watch the moon and the stars cross the sky, and it feels like it’s an eternity. Also missing my family [was hard]. It’s only 39 days, but after one day on that island, I was like ‘Damn. I miss my family so much.’ You don’t know [on the show] who’s lying to you and who’s not. It really is hard because none of these people love me; they all want me out eventually. You miss that comfort of someone having your back.”

Interestingly enough, Sheehan didn’t like school when he was growing up because he found it boring and was bullied. However, it was his fourth-grade teacher Miss Bennett who found his true potential inside of him.

“Miss Bennett made me fall in love with school and that was the year I found my best friend, which I still have today,” said Sheehan. “I finally started getting friends and I found confidence. I was always a struggling reader, I was really bad at math and my fourth grade teacher just spent all that extra time with me. She found the good in me when all my other teachers gave up on me. Without Miss Bennett, to be honest, I don’t know if I would have went to college. She drives me to be that change in people’s lives and make learning fun and do crazy things. I stand on desks, I do cartwheels, I throw silly string at kids and I pop off confetti cannons. Every day, when I get in my car, if I’m not exhausted I didn’t do my job. I want to make sure that I reach all 21 kids, not just the kids with the best grades, but everyone who needs the help.”

Overall, Sheehan said that he just wants to show his students that they can follow their dreams if they work hard enough to achieve them.
“I’m very happy with CBS and the show is amazing,” said Sheehan. “I’m just happy that they gave me an opportunity to do something that I love so much.” 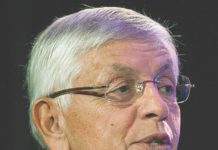 Jeff Pravato Takes Over As Town Of Oyster Bay Receiver Of...