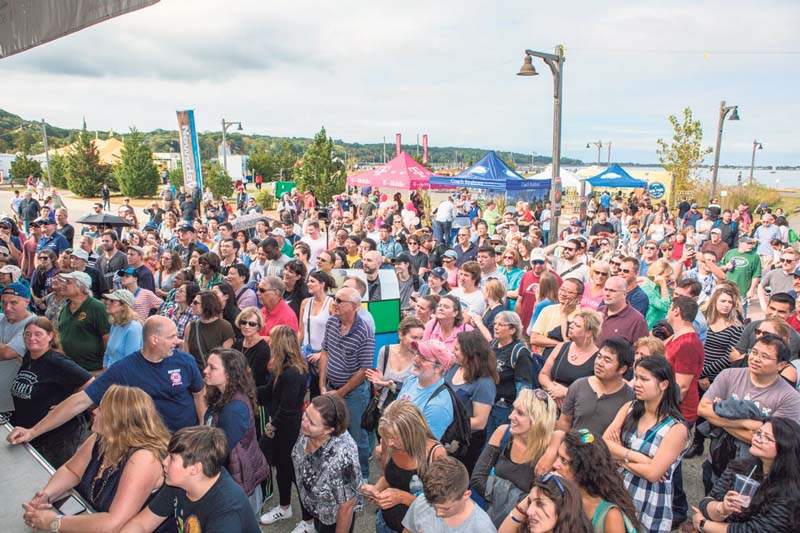 Joe Magurne Band has been performing for 15 years. As experienced in the studio as they are on stage, each member brings their own influences to each performance. That diversity comes out in the music they write and perform.

Four Way Street has what it takes to recreate and deliver exactly what you would expect from a Crosby, Stills, Nash & Young tribute. This five-piece ensemble captures the full dynamic range of the CSNY song catalogue, from the softest ballads to the hardest rockers.

Pump: Aerosmith Tribute was formed in 2002 and has played nationwide as well as internationally since then. Performing at concerts, casinos, state fairs, county fairs, city events, corporate events, private parties and more. This band features band members from national acts including Hurricane, Quiet Riot and Steven Pearcy’s band Arcade. They have shared the stage with bands such as RATT, Tom Keifer, Sammy Hagar, Stryper, Gary Moore, Rough Cutt, LA Guns and others.

This tribute band relies on pure sound and their strong, tight vocal harmonies to recreate the legacy of The Beatles, note-for-note. You can expect to hear a selection of Beatles hits from all of their periods, an experience that always leaves crowds cheering for more.

A group of accomplished musicians, each with a lifetime of diverse experience in the music field. Together since 1995, they’re recognized as one of the leading jam bands performing classic rock of the Grateful Dead and Allman Brothers, other related genres and original compositions. They’ve shared a stage and performed together with Levon Helm (The Band), fiddle player Vassar Clements (Old & in the Way), pedal steel guitarist Buddy Cage (The New Riders of the Purple Sage), and guitarist/vocalist Michael Falzarano.

Experience the final fireworks spectacular of the 2018 season.

Whether you’re still stuck in the ’90s, or just missing it like crazy, The ‘90s Band is your fix. Playing hits from artists like Third Eye Blind, Alanis Morissette, Weezer, The Cranberries, Bush and more.

Endless Summer is the new Ultimate Beach Boys Tribute Band capturing the essence of the 1960s California Beach scene all year ‘round. Dance the day away and enjoy an awesome and unforgettable musical experience.

Hailing from Glen Cove, Taft began solo performing right out of high school, covering Montauk to Manhattan. With influence ranging from Harry Chapin to Hozier, Taft’s sound falls somewhere between Americana and Alternative. Having already played hundreds of shows, he continues to perform in the New York tri-state area multiple times each week.

Mike Dorio, the sole proprietor of North Cove Music, has been playing and studying music for almost 40 years. In his college years at Five Towns he studied under both jazz guitarist Joe Carbone and Pete Rogine. He’s toured with various bands ranging from Top 40 to country to blues, and has had multiple Broadway performances, including Movin’ Out, Swing, Dirty Rotten Scoundrels and Jersey Boys.

New Jersey native Katie Pearlman began playing drums at age 10, and it wasn’t long before she was playing in a band and recording on her first album. At 16, Pearlman moved into an apartment with her Mom and that’s when her focus moved to guitar and songwriting, since drumming was not the most neighborly thing to do. In January 2012, she released her third solo album, Girls Like Us. She also teaches private drum lessons on Long Island and drums for dance classes at Adelphi University.

Kidzhitz has been located in the heart of Huntington Village for nearly 10 years, offering music lesson programs and RockStar Parties. They have a state-of-the-art recording studio just for children, along with lesson rooms for every instrument at every level.

Sign up for both contests is at the Rotary Information/Raffle Booth at the entrance to Theodore Roosevelt Park beginning at approximately 11 a.m.

Oyster Eating Contest rules: Maximum 12 contestants. All contestants must be over the age of 18. Each will have a tray of (pre-shucked) 36 oysters to begin with. They will then be replenished with cups containing 12 oysters each. The original tray and empty cups will be counted to get the number of oysters consumed. The time limit is 2 minutes, 40 seconds. Contestants will be allowed to season their oysters. Sauce and lemon will be made available.

Darlene Graham has graced stages all over Canada and the United States as a performer of family music for more than 20 years. She is a professionally trained musician and educator who hails from Newfoundland, Canada and now resides with her husband/co-songwriter/bandmate Chris and their four children on Long Island. She also creates and performs in elementary schools all over Long Island with her PARP show “Celebrate Reading through Music” and her anti-bullying show “Stand Up for all!”

Pushing the boundaries of electronic dance music in clubs and on radio airwaves has been one of Theo’s musical mantras. His sets are energetic and eclectic and encompass his vast knowledge of dance music. His musical knowledge and thirst for promoting this genre led to his former hiring as seminal music director at Party 105FM/NY, while his technical ability and product knowledge has led to sponsorship by Pioneer DJ. With his successful Nervous Records compilations, continued track releases, weekly radio show on WPTY-NY, Theo continues to be on the pulse. Join Theo and his artistic collective as he brings together dance groups and live art installations throughout the day- all performing to his mixes which transcend the decades.