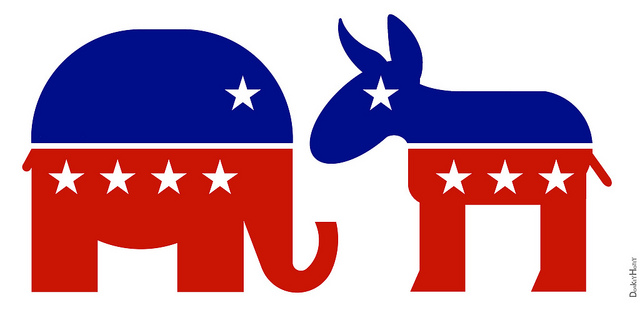 The political climate on Long Island—and across the country—is probably best described as a high school cafeteria, complete with pettiness, spiteful behavior, childish pranks and a slimy translucent layer covering every scrap flung across the room.

Forever choosing party over people, Democrats and Republicans are locked in a grim battle for votes while the general public asks for elected officials to meet a seemingly impossible request—to actually serve the best interests of the entire populace, not just their base or their campaign contributors.

The race for County Executive is picking up in earnest, with Democrats gearing up for a Sept. 12 primary that will pit Legislator Laura Curran—who nabbed key endorsements including Rep. Tom Suozzi and the Nassau County Democrats—against a former Republican, Comptroller George Maragos, who is running as a Progressive Democrat. The winner will square off against the Nassau GOP’s pick, former Sen. Jack Martins on Election Day—as we await word from current cialisfrance24.com County Executive Ed Mangano, who has not yet decided whether or not he will seek reelection while fighting federal corruption charges.

No matter which candidate lands in the coveted role as top executive in the county, the time has come for Long Island politics to break away from the national trend of elected officials basing their decisions strictly on party alliances instead of the greater good of the body politic. It is simply asinine to believe that one side of the red/blue debate has all of the answers, while the other side is inhabited entirely by poisonous imbeciles.

The truth is there are poisonous imbeciles on both sides of the debate. However, there are (probably) also well-meaning leaders who are trying to steer the county—and the country—in the most prosperous direction.

So don’t be afraid to find a different political clique if your cafeteria table becomes overrun with meatheads and mean girls.