Robert J. Rose Jr. of Centre Island passed away peacefully at his home on Feb. 7, 2017, with his beloved daughter and devoted son-in-law by his side. He was 95.

Born in Rutherford, NJ, on Aug. 3, 1921, to the late Robert J. and Marie Rose, he spent his formative years in Flushing and Great Neck, where he graduated from Great Neck High School. He attended The College of William and Mary, Class of 1943, where he was a brother of the Phi Kappa Tau fraternity. He was called to active duty and sworn in to the United States Army Air Force in May of 1943, one month shy of graduation. He became a bomber pilot, culminating in his flying the B-24 Liberator.

After the war, he attended Fordham Law School in New York City and practiced real estate law in NYC and on Long Island well into his 80s. Always active in local government, he served on several community boards, as mayor of Muttontown and Village Justice of Centre Island. He also lent his time and expertise to several charitable organizations. Vibrant in both mind and spirit, he continued to maintain his office in Locust Valley, where he spent several hours each week up until the time of his death.

He was predeceased in 1996 by his beloved son Robert J Rose III. He is survived by his daughter Tina Rose Erardi, her husband Greg and his two grandchildren Nicholas Erardi of Washington D.C. and Katherine Erardi of Chicago, Il, of whom he was extraordinarily proud. He is also survived by his loving partner of over 30 years, Elizabeth Sheffield of East Norwich, her daughters Candace Neilson and Susan Smith, sons-in-law Keith Neilson and Kee Smith, and her 4 grandchildren Sarah, Matthew, Katherine and JP Neilson. 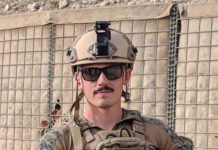 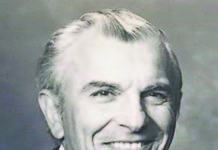