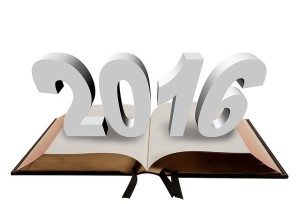 If you ask anyone on the street whether 2016 was one of the worst years in recent history, they would most likely agree with you 100 percent. They would probably say that the last time America felt this way was in 2001, and they didn’t expect another blow just 15 years later. The past 12 months have included daily hate, crime and attacks on all religions, races and genders. Orlando, Nice, Brussels, Syria and too many to keep track of in the Middle East are just a few of the locales that have made headlines around the world. This year has also seen the highest number of police deaths across the country, racism is at an all-time high since the Civil Rights Movement and let’s not forget the political circus that was the 2016 presidential election. Also in memoriam are the losses of Hollywood and high-profile figures in the forms of Alan Rickman, David Bowie, Gene Wilder, Garry Marshall, John Glenn, Alan Thicke and far too many others. The world has lost too many people who inspired the good and happiness in others this year. The sad fact is, there are too few positive and happy memories to take away from in 2016. America as a whole has become extremely sensitive to absolutely every issue in its quest to please everyone. Libraries are removing historical books that upset parents whose kids read them and schools are banning any item of clothing that “offends” others for one reason or another. As some of us patiently wait for America to run out of participation trophies, we know what we need to do to fix the problems. Terrorism isn’t going away. Hate isn’t going away. But, so far, no one has given love and peace the old college try. So, in 2017, let’s give it a shot.