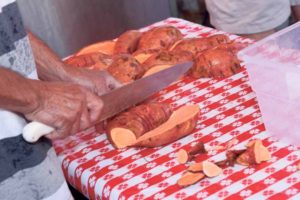 Named in honor of one of the beloved founders of the Oyster Festival, the Tom Reardon Memorial Charity Food Court sponsored by Roslyn Savings Bank is not just the heart of the festival, it is its soul. Food booths are staffed with non-profit employees and volunteers as well as members of the partnering restaurant or catering companies. The profit from each food booth supports that particular charity’s programs; the festival is the largest fundraiser that many of these organizations participate in throughout the year. Each booth features signage clearly stating which charity your purchase is supporting. 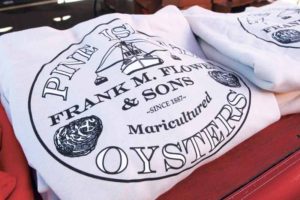 With more than 60 food choices, even the pickiest eater will find quite a few items to devour. The main attraction, oysters, are available raw on the half shell, fried or in stew. Between 40,000-50,000 raw oysters will be consumed throughout the weekend, and all are donated by the owners of Frank M. Flowers & Sons.

For 33 years, participating charities based within the Oyster Bay-East Norwich school district have been serving up fresh seafood, ethnic culinary delights and traditional American fare to hundreds of thousands of festival goers. 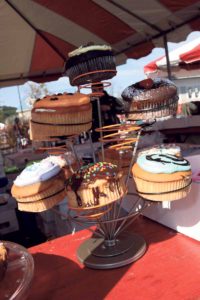 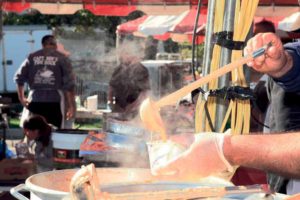 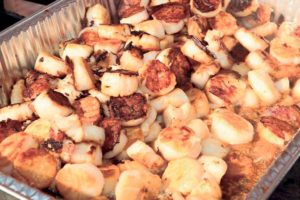 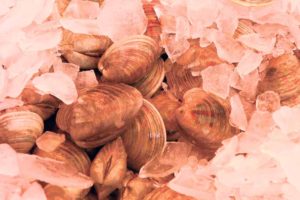 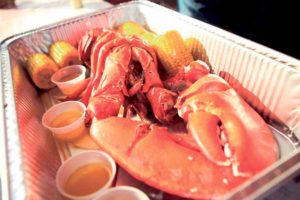