There will be dancin’ in the streets when Soul Sound Revue brings their high-energy stage show to the Village Square Plaza in Glen Cove on Friday, Aug. 26, at 7:30 p.m. A perennial favorite at the annual Downtown Sounds Concert Series, this Motown tribute party band is the perfect choice to bring the 2016 season to a close.

Soul Sound Revue is a show/dance act that specializes in the best of the Motown, Philly Soul and disco sounds. The group consists of dynamic male and female singers, a powerful horn section and a driving four-piece band. Their playlist includes many of the most popular songs from classic groups of the ‘60s through ‘80s such as The Temptations, Stevie Wonder, The Four Tops and The Supremes. In their career, they have performed alongside The Temptations, The Chi-Lites, Wilson Pickett and The Marvelettes. They are booked as a steady act at the Mohegan Sun Casino Resort in Uncasville, CT.

Soul Sound Revue’s 2016 performance will mark the ninth time they have appeared in the 19-year history of Downtown Sounds. Audience ranks have grown each time and this fact was not lost on manager and keyboard player Mark Varlese.
“This was the most fantastic crowd I’ve ever seen at an event,” said Varlese after exiting the stage following last year’s extravaganza. “Downtown Sounds gets bigger every year. There’s nothing like it.” 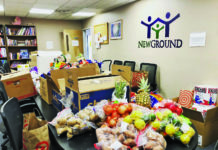 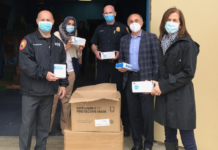