The value of students learning from each other is utilized to great effect in the schools of Oyster Bay-East Norwich.

The Kenneth F. Gambone Writing Contest is sponsored by the Long Island Language Arts Council (LILAC). Students in grades four, seven and 10 are eligible to participate. Student entries must consist of two pieces of writing composed on a computer or written in pen in dark blue or black ink. The first piece is a timed, on-demand writing response to the following theme: “Because kindness matters…” The second piece is self-selected from the student’s portfolio to reflect his/her best work.

Winners of this year’s contest and their teachers were honored at LILAC’s annual spring luncheon/workshop recently held at Captain Bill’s Restaurant in Bay Shore.

The Humane Society of New York selected Vernon fifth-grade student, Kate Webster, as a winner of the 2016 humane essay contest. This contest was sponsored by Nassau County Executive Ed Mangano, the Humane Society of New York and North Shore Animal League America. Webster was selected out of approximately 1,000 well written and heartfelt essays from county students. Two winners were selected from grades three, four and five.

The award ceremony took place on May 25 at the Theodore Roosevelt Executive and Legislative Building in Mineola. 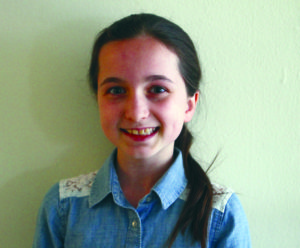 I opened my eyes, I had just woken up from my deep sleep. The sun was rising, and the sky was blue. I hopped out of bed, and looked in the mirror, my fur was all out of place. I decided to eat some yogurt for breakfast. I walked over to the fridge, and opened it. “Hey! Hey dog! Over here!” I heard someone say. I thought I was losing my mind. Then, I carefully moved the carton of milk aside, and there was a teeny tiny mouse. I barked like crazy. “Shh!” The mouse told me. “You’re coming with me.” He grabbed my arm, and took me to a place I will never forget.

I looked around, it was a bright, and colorful scenery. “Where am I?” I asked the mouse. “This is the Wishes Cave. Now, listen to the Lion King,” the mouse replied. “Lion Ki—?” I began. “Shh…” said the mouse, interrupting me. “Kate, you have been chosen. You are the one that can turn this city around. You will have to choose very carefully to decide your three wishes,” the Lion King exclaimed. “Wow! I really need to think about this,” I told him. “Take as much time as you need. Mr. Mouse will be with you as well,” Lion King said. And in a flash, Mr. Mouse brought me back to my apartment.

Later that day, I was thinking of some wish ideas. “Hey, Mr. Mouse, what do you think of this one? I wish I could have one million dog treats!” “That would just be selfish,” he replied. “Try thinking about others.” “Well,” I said, “I guess I could wish my friend some dog treats too…”

“That’s not the point, Kate. Try to help every animal in the city. Why don’t we go on a walk around the city, and observe what needs to be done,” Mr. Mouse told me.

As we got outside my apartment building, I looked around, it was certainly busy today. We walked together along the street, and I saw Mr. Mouse taking notes. “What are the notes for?” I asked him.

“I am taking notes for some wish ideas. Do you see that homeless animal over there? One of your wishes could help animals like him have a place to live,” Mr. Mouse replied.

When we got back to my apartment, we had seen a lot of things that could be wishes. We started to discuss the top three wishes that I could wish. “Okay, we saw some homeless animals,” Mr. Mouse said.

“Then we spotted a lonely cat sitting all alone,” he said.

“Wish #2, I wish for all animals to have loving families and friends,” I said.

“Lastly, we saw animals staring at food trucks, hoping they would get free food,” Mr. Mouse told me.

“Wish #3, I wish all animals have food and water. Wow, I never realized how fortunate I am,” I said. “Mr. Mouse, where do you live?”

Mr. Mouse looked down. “Well the truth is, I used to be one of those unfortunate animals, until Lion King found me. He’s sort of like a father to me,” He explained. I was shocked. “I’m glad Lion King was so kind to take care of you,” I said.

“Well, now that you know, why don’t we get these wishes granted?” he said. And off we went.

I looked at Lion King, he was waving his paws around and then—boom! It felt like the whole city shook. Then everything felt normal again. “Did anything change?” I asked. “Why don’t you find out?” Lion King replied.

Poof! I was home once again. I quickly took the elevator downstairs to see if anything was different. When I stepped outside, it was like a whole new world. Everyone looked so much more cheerful than before. I can’t believe that those wishes could make a huge difference. Not only wishes can make a difference, you can too. 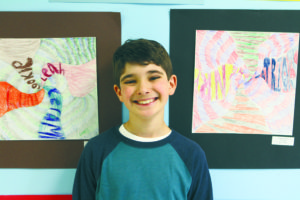 Kindness is a rainbow

Saying hello to the sun

Scampering and having fun

Being kind is the world’s way

So just be happy

And just be you.

All the way through

And kindness can come out

In anything you do. 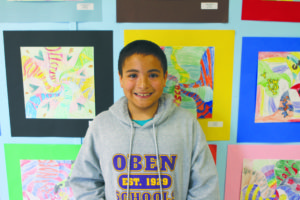 Tim could not get that book out of his head as his family drove away to Nina’s house. That was Tim’s godmother, her real name was Sarah O’Brien, but he just called her Nina.

The family’s old gray van shook and trembled as they advanced the highway. Tim’s 12-year-old sister, Brook, sat next to him looking and at her painted nails. Tim’s older brother, Lewis, also sat next to him on his right. His parents sat in the two front seats.

As Tim was watching the trees go by, his sister complained, “Why don’t you just read a book instead of leaning over me?”

Tim looked down and realized he was leaning so close to the window he could feel his hot breath reject off the glass. Tim sat back down and opened Scarlet’s Journal. “When were my sister’s complaints ever going to end?” Tim thought groggily.

The car jolted to a sudden stop. Tim wished he had someone to carry him away like Will in Scarlet’s Journal. Tim opened the car door and stepped out on the sidewalk.

Nina’s neighborhood was an eerie, quiet place. Not many birds chirped or bees hummed. It was like the entire neighborhood was frozen in time. As Tim walked up the dusty porch stairs, he was shocked at how old the wooden pillars were. They were brown and rotten. Actually, Tim thought, the whole house looked haunted.

At dinner, the occasional food throwers (Lewis and Brook) chucked pasta noodles at Tim. When Nina left the room, I was the target. Mom and dad sat on the couch talking privately.

A noodle landed straight in Tim’s eye. He cried in pain as tomato sauce burned his eyes. Lewis chanted loud, “I got you, I got you.”

Then the room was quiet. Tim had no idea what had happened until Nina walked in the room, her eyes blazing with anger. Her aqua dress hung low.

“Why do you think this is okay? Go to my room and wait for your chores. Go, now!”

Tim never forgot what Nina had done for him, even at age 22. He became a teacher and returned the favor for a student name Max. Now his life was turned around, all thanks to his Nina. He kept in mind one thing: Every act of kindness counts.